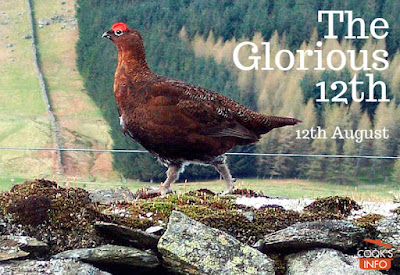 Email ThisBlogThis!Share to TwitterShare to FacebookShare to Pinterest
Labels: grouse

We last visited Brighton Beach Club in July 2019, and had a very pleasant time.

Sadly, three years on, things have changed for the worst.

Here is a summary of my Tripadvisor review:

Lousy welcome, waiter walked away from us

Placed in an awful part of the terrace by the rusting barriers and facing the road, despite there being better seats available.

Fizzy wine bottle was warm, we rejected it

Waitress then ignored us.

New waiter did his best but told us no white wine, of the quality we wanted, was available.

Avoid at all costs! 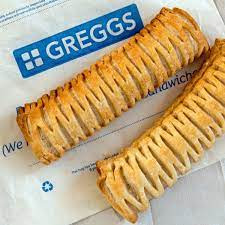 Email ThisBlogThis!Share to TwitterShare to FacebookShare to Pinterest
Labels: greggs

You have to pay for quality 😛 https://t.co/IIKXaYJntj

Just how stupid can people be?

Email ThisBlogThis!Share to TwitterShare to FacebookShare to Pinterest
Labels: beer

For reasons bets known to itself, the government is shelving plans to ensure that workers keep their tips, despite having first promised to do so six years ago.

Paul Scully, the business minister, announced in September that the government would take action to make it illegal for employers to withhold tips from workers. The plan was designed to prevent restaurants from the increasingly common practice of taking a share of tips rather than passing them on to staff.

The idea had been on the back burner since it was first put forward by Sajid Javid when he was business secretary in 2016.

The FT reports that the legislation would have included a requirement for all employers to pass on tips to workers without any deductions. It would also have laid out a statutory code of practice setting out how tips should be distributed to ensure fairness and transparency.

However, the plan has been dropped “for the foreseeable future”, according to one senior government figure. Ministers had hoped to squeeze it into a proposed employment bill but that legislation has been shelved.

This is not so much a sign that government has it in for hospitality staff, but a sign that it can't manage it's legislative schedule (which is bloody disgraceful!)

Email ThisBlogThis!Share to TwitterShare to FacebookShare to Pinterest
Labels: tips 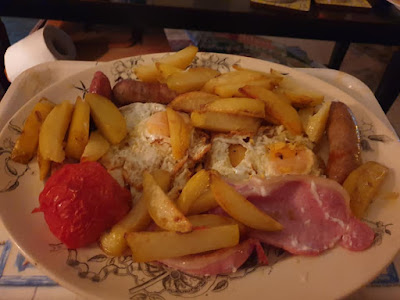 German restaurants and cafes are removing French Fries from their menus, because of the expense and scarcity of vegetable oil.

The solution is of course to fry them in lard (which is actually better for you as it doesn't contain trans fats)! 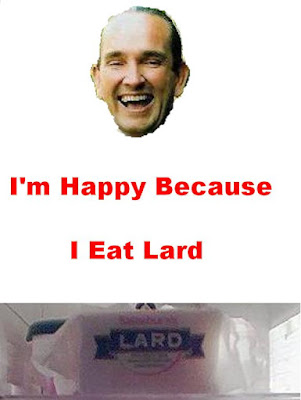 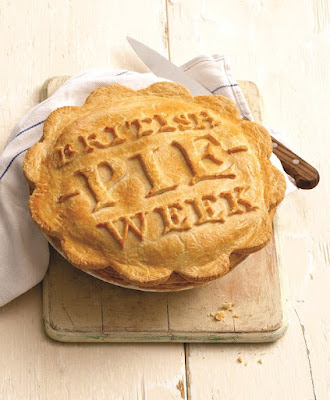 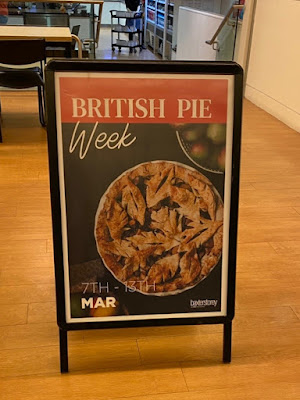 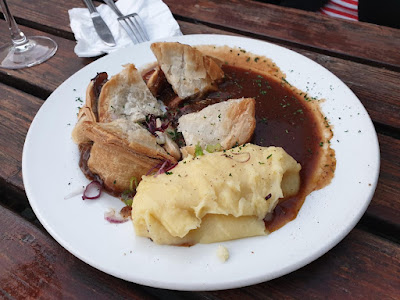 A very warm and friendly welcome awaits you at Casalingo, one of Brighton's best Italian restaurants.

"a simple winning formula; fine, fresh ingredients (locally sourced wherever possible), truly authentic recipes, and a genuine taste of social dining, as only Italians know how!

No matter what the occasion, our unique combination of good food and relaxed ambience will complement and enhance your experience.

Casalingo offers a true taste of the Italian food and wines catering for intimate romantic evenings, relaxed business entertainment or fun family gatherings with equal ease. Our attentive, knowledgeable staff will be delighted to help make your evening as enjoyable as possible; and they will be happy to tell you about each authentic dish, so that you can choose from our many dishes with confidence."

Here is a link to the menu.

Eva and I are regulars, and had a fantastic evening there last night (Valentine's Night).

It is well worth visiting.

It has been approximately 16 years since we last went to the Guinea Grill, therefore it was high time for another visit.

"The Guinea is a Mayfair institution; there’s been an Inn on this site since 1423. Our restaurant, the Guinea Grill opened in 1952. We specialise in serving dry aged, grass fed British beef from an open grill. You’ll find a selection of Young’s Ales at the bar and our atmospheric private dining room is perfect for up to 28 people."

I am pleased to say that the ambience, service, welcome and food was every bit as good as it was 16 years ago!

The devilled kidneys were sublime, and the steaks magnificent. 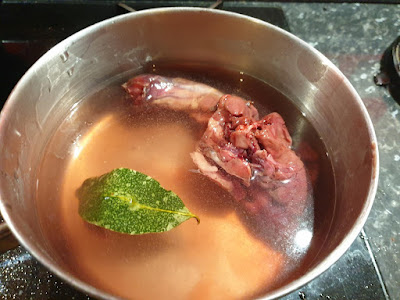 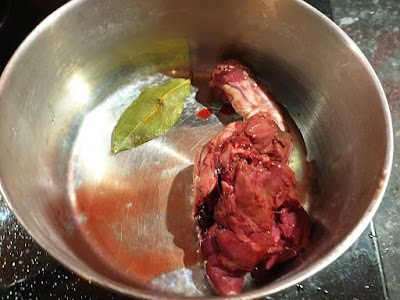 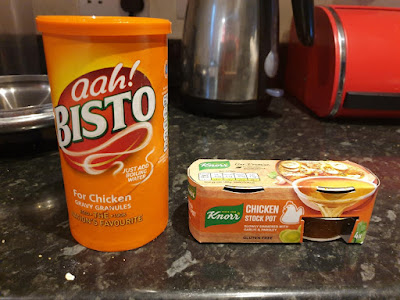 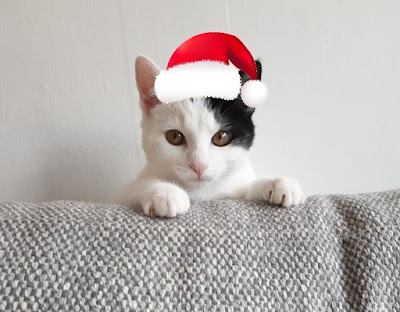 Giblets (from your chicken, capon or turkey)

Drain stock and keep in fridge for Christmas day

Feed giblets to you cat (Daisy)

Top up with water from Brussels Sprouts

Hospitality Sector Thrown Under The Bus

Yesterday's Whitty/Johnson briefing, which effectively said cut down on your socialising, threw the hospitality sector under the bus at what should be their most profitable time of the year.

Chief Medical Officer Chris Whitty last night urged Britons to scale back their social lives and not mix with people unless they have to. The public should “prioritize social interactions that really matter to them” by “de-prioritizing” more trivial social events, Whitty advised, warning this was “going to become increasingly important as we approach Christmas.” His unmistakeable takeaway: “Don’t mix with people you don’t have to.”

Boris Johnson — under pressure from his increasingly restriction-skeptic party — declined to join Whitty in giving the public a direct order to cancel events over the Christmas period. There is outcry among business leaders this morning at what they see as a worst-of-all-worlds scenario, where Brits stay home of their own accord in the coming weeks without the government providing any financial safety net for the hospitality and live events industries.

“If you’re telling people to avoid hospitality, it doesn’t matter if you’re not banning them from doing so: restaurants, pubs, bars are going to get stuffed. They’ll lose customers and workers will lose their jobs.”

100,000’s staff hours are being slashed up and down the UK, due to cancellations.

A large proportion are on a living wage.

Xmas is looming, and many now have no income.

Your silence is deafening @RishiSunak.

Email ThisBlogThis!Share to TwitterShare to FacebookShare to Pinterest
Labels: covid 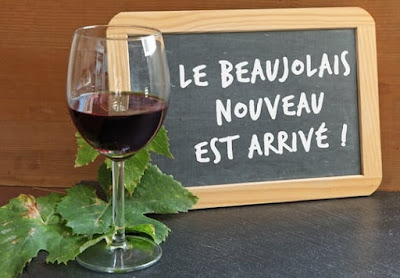 We have always enjoyed our meals there.

Last Saturday was no exception; the food, service and atmosphere were all excellent. 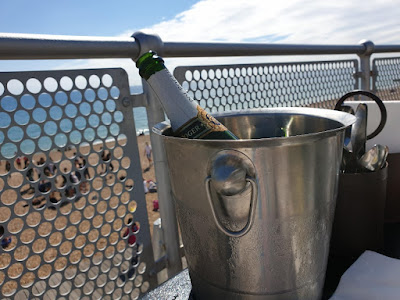 What is Champagne Day ?

#ChampagneDay was born in 2009 at the initiative of a Californian blogger and wine tutor, Chris Oggenfus. Over the years, more and more wine lovers around the world have participated in Champagne Day, which has become the universal event for Champagne lovers.

When is Champagne Day ?

Champagne Day takes place on the 4th Friday of October each year.

You too can be part of it: take a moment to celebrate small moments in life this Champagne Day. Join a planned event in a restaurant, enjoy a Champagne food & wine pairing with close friends, families or colleagues, or simply share a glass of Champagne with the one you love.